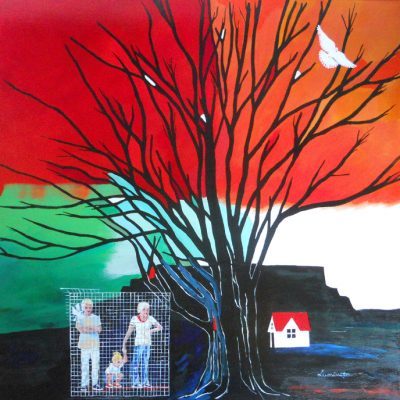 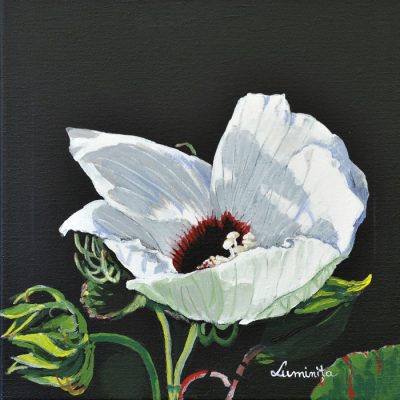 Luminita was born in Transylvania, Romania, where she spent the first 3 years of her life learning to draw. She later continued her education by studying architecture at the University in Bucharest.  She also experimented with different art forms: drawing, painting, watercolor, sculpture, photography.

With a diploma in Architecture, and a life changing relocation to Canada to get away from a beautiful but freedom deprived country, she worked hard at developing a home design business and raising a son. There was little or no time for art.

Not surprisingly, art did not wish to be forgotten and began to reclaim little by little its rightful place in Luminita’s life. Soon Luminita began selling her work, while planning how to make more time for art.  Art is no longer a hobby, but a full time, red-hot passion, to be nourished and revered.  Now she concentrates on working with gallery owners towards revealing to the public at large the richness and variety of her art.

She describes her style as “luminism”! In Romanian, Luminita means “little light” so, no surprisingly IT’S ALL ABOUT THE LIGHT!

Illustrations to short stories and poems in: